In the dog sports of Obedience and Rally, the dog and Handler work together as a team to demonstrate a variety of skills in the presence of a Judge, who evaluates and scores the performance.

In both sports, a principal element is that the dog maintains “Heel” position, meaning that the dog is on the Handler’s left side, as close as is practical, and moves under control alongside the Handler. Both sports include turns to left and right; various U-turns; sits, downs and stands; moving at different speeds; walking in Figure-8 patterns; going over a jump; and recalls. In the lower levels of the sports, the dog works on a lead, progressing to off-lead at the higher levels. The main difference is that in Obedience, the Judge calls out the moves and positions, whereas in Rally, the Handler follows a laid-out course of signs which indicate the particular move to be performed. Higher levels of Obedience also include complex exercises such as retrieving a dumbbell; remaining in one place while the Handler goes out of sight; refusing to eat food offered by the Judge; or finding an item that has been “scented” (touched) by the Handler.

The particular requirements of each sport are laid out in official sets of Rules, which are produced by the Australian National Kennel Council, the administrative body for pure breed canine affairs in Australia. After successfully achieving the required number of passes at a particular level, the dog is awarded a “Title” which can be indicated by specific letters before or after the dog’s name.

It is stipulated in the Rules that the dog should demonstrate “willingness and enjoyment”, and in order to achieve this, all training should be carried out using motivational methods utilising food, toys and praise as rewards. In Rally, verbal praise and petting are permitted at any time, but in Obedience praise and petting are only allowed during the interval between the specific exercises. No food or toys are permitted in the Judging ring, but after leaving the ring the dog can be given tasty treats or a game with a toy so the activity always remains a pleasurable one for the dog.

Unlike Conformation (the evaluation of individual purebred dogs), Rally and Obedience are sports that are open to all dogs, whether pure-bred, cross-bred or just unknown mixed breeds!

Obedience and Rally competition provides an opportunity for an owner and a dog to work as a highly tuned team, and training for obedience trials can provide for a dog’s need for physical and mental stimulation. 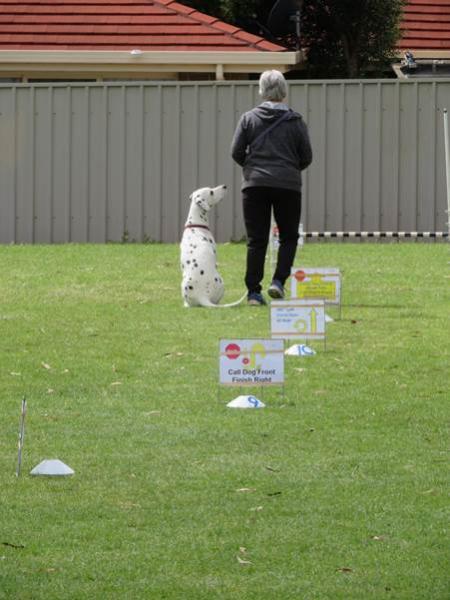 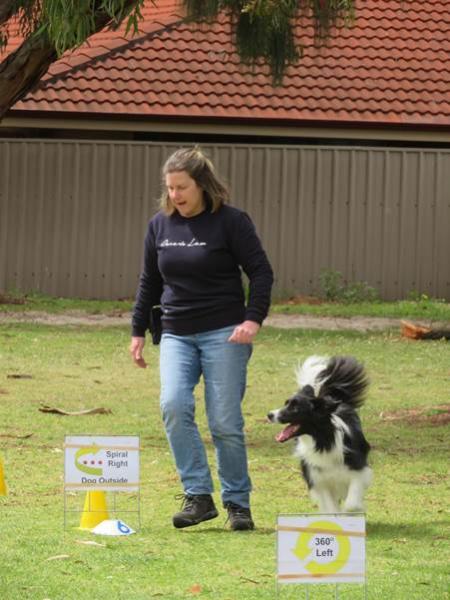